Using a word processor is just part of everyday life these days, but often students do not know how to edit their written work while they use a word processor. In fact, research has shown that students can make as many as one error in every three words. Thus, the EDIT Strategy was designed to enable students to find and correct errors made on written assignments created with a word processor. They not only edit mechanical errors, but they also verify that their sentences mean what they intended, and they add information to clarify or enrich their message. The instructor’s manual contains step-by-step instructions on how to teach the strategy in five easy lessons. A CD accompanies the manual; it contains the practice activities that can be downloaded onto student computers. Also included on the CD are pdfs of all instructional materials needed to teach the strategy. Instruction can be conducted in large or small general education and education classes. Each student will need a computer in order to complete the practice activities involving making edits on a word processor.

Research on the EDIT Strategy

Overview
Instruction in the EDIT Strategy focuses on teaching students how to find errors in products written on a computer. The research study included 37 fifth, sixth, and seventh graders who were randomly assigned to the EDIT Strategy instruction or to typical language arts instruction (19 students were in the experimental group; 18 students in the control group). All of these students had learning disabilities in the area of written expression. In addition, 25 average writers nominated by their teachers and enrolled in the same grades participated as a normative comparison group.

The experimental group received instruction in the EDIT Strategy during seven half-hour sessions spread over two weeks. The control group received instruction in editing skills via lectures and written materials for the same amount of time. Two measures were used: (a) the percentage of mechanical errors the student corrected in an experimenter-developed computerized passage (the correction measure); and (b) the ratio of errors to words in a computerized passage the student wrote (the generation measure). Tests were administered before instruction (pretests), after instruction (posttests), and three weeks after instruction was terminated (maintenance tests).

When the posttest results of the students in the experimental group and control group were compared to the results of the normative comparison group, the MANCOVA revealed a significant difference [F = 19.446, p < .001]. Post hoc analyses revealed a significant difference between the control group and the other two groups on both measures. They also revealed no difference between the experimental group and the normative comparison group on both measures.

Conclusions
Thus, instruction in the EDIT Strategy enabled students with writing disabilities to find and correct more errors in experimenter-generated passages and to write passages with fewer errors than their peers in the control group. The experimental students’ posttest scores maintained three weeks after instruction was terminated. In addition, the performance of students with writing disabilities who received the instruction was not statistically different from the performance of average writers in the same grades. Therefore, the program enables struggling writers to learn editing skills that are equivalent to their average peers’ editing skills.

Note: Another EDIT study has been submitted and another one is currently being conducted. 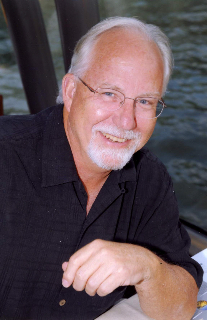 My Background and Interests
I was a classroom teacher for six years, primarily with students with learning and behavior problems at the middle- and senior-high levels. I also spent four years as a state-level consultant to programs for students with emotional and behavior disorders. After that, I was an educational diagnostician and mainstream consulting teacher for a university-based multidisciplinary diagnostic and training program. For the last 23 years, I have been a university professor and have taught and conducted research in the area of learning disabilities. I have co-authored a number of the learning strategies instructor’s manuals within the Learning Strategies Curriculum, and I have worked with the University of Kansas Center for Research on Learning (KU-CRL) for over 20 years. As a SIM professional development specialist, I have conducted over 100 workshops in more than 20 states and have made presentations and conducted training sessions in Jamaica, South Korea, Russia, Saudi Arabia, India, and Sweden related to strategic instruction.

The Story Behind the EDIT Strategy
Back in the late ‘80s, I attended a workshop where the presenter predicted that the computer-based word processor and accompanying spellchecker would ‘solve’ the spelling and other writing problems of students with LD. Unfortunately, while this technology has certainly helped many writers, it did not turn out to be the predicted panacea for struggling spellers and writers.

With regard to the use of spellcheckers by students with writing/spelling disabilities, our research showed improvement when they used spellcheckers; however, the students were still turning in products with multiple spelling errors. In fact, students were only detecting and correcting about half of their (many) spelling errors. This was due to two factors: (1) they were not effective users of the spellchecker, especially when there were many options provided or no options provided; and (2) the spellchecker was not detecting many of their errors (e.g., they were making homophone errors or using the wrong word in a correctly spelled form). With regard to other errors that word processors can detect, struggling writers often do not have a systematic way of dealing with them, nor do they understand what the errors are and how to change them.

We decided that struggling writers needed to be taught to be strategic users of word processor and spellchecker technology in order to benefit from their availability, and we were right. When students are taught the EDIT Strategy, their ability to detect and correct errors in their written work improved substantially.

My Thoughts about Strategic Instruction
Based on my 25 years of work in the area of strategic instruction, I view this type of instruction as a key approach to the overall education of students with learning disabilities and other students who have difficulty learning. As a teacher, researcher, and parent, I have seen how much strategic instruction benefits students. Students not only learn these strategies and as a result perform better on school-related tasks, there is an overall benefit: they begin to see themselves as successful and competent learners. Another general benefit that I observe is that strategic instruction gives students a way of starting tasks and working their way through them. I often observed students just sitting at their desks looking at the writing assignment, test, or reading selection not knowing how or where to begin. Strategies are a concrete way of getting started and systematically solving problems and completing tasks. Not a small accomplishment!

Student and Teacher Feedback on the EDIT Strategy
Most teachers we have trained to teach this strategy appear to like it. Their comments include “It works,” “Students like it,” “The products are easy to score,” and “The strategy is easy and quick to teach.” Some teachers have modified the practice activities to include other types of errors than those covered in the program. Such modifications are easy since the provided practice passages can be easily edited.