Cecil D. Mercer
Susan P. Miller
Whether they are calculating their income taxes or the amount of paint needed for the back bedroom, chances are that students will eventually need some multiplication skills. Multiplication Facts 0 to 81 is just the ticket for this task.
In a graduated series of lessons, students progress through three different levels of instruction: concrete, representational, and abstract. At the concrete level, they use objects (like pennies) to understand that a problem, like 5 times 7, is the same as five groups of seven pennies. At the representational level, they use pre-printed pictures to expand this understanding. Finally, they graduate to the abstract level, where they use numbers alone to answer the problem, or, if they’re unable to recall the answer, draw out the problem using tallies. Timed practice activities, motivational “pig games,” and practical word problems round out the instruction at each level.
This item must be purchased through the Center for Research on Learning
SKU: MATH5 Categories: Published by The Center for Research on Learning, Strategic Math Series, Strategic Math Series Level I, The Learning Strategies Curriculum

Research on Multiplication Facts 0 to 81

Results
MANOVA results revealed no statistically significant differences between the performances of the students with disabilities and the low achievers on six dependent measures including untimed tests of multiplication acquisition and timed tests of multiplication proficiency. A statistically significant difference was found between the students’ pretest and posttest scores [acquisition, F(1, 22) = 187.42, p < .01; proficiency, F(1, 21) = 17.59, p < .01].

When the performances of the students with disabilities and the low achievers were combined and compared to the performances of the normal achievers, no statistically significant differences were found on four of the six dependent measures. Differences were found on the students’ performance after abstract lessons and their performance on the untimed test of acquisition. Again, a statistically significant difference was found between the students’ pretest and posttest scores [acquisition, F(1, 120) = 875.66, p < .01; proficiency, F(1, 119) = 59.23, p < .01].

Conclusions
These results suggest that different groups of students can experience statistically significant gains with regard to learning multiplication facts when taught together in inclusive classes using this program.

Study 2
Overview
Three seventh-grade students with mental retardation were taught multiplication facts and how to solve multiplication word problems using the Multiplication Facts 0 to 81 program. One of the students was visually impaired, and another had a physical disability. A special education teacher taught the lessons after receiving training in one session. A multiple-baseline across-students design was used.

When the performances of the students with disabilities and the low achievers were combined and compared to the performances of the normal achievers, no statistically significant differences were found on four of the six dependent measures. Differences were found on the students’ performance after abstract lessons and their performance on the untimed test of acquisition. Again, a statistically significant difference was found between the students’ pretest and posttest scores [acquisition, F(1, 120) = 875.66, p < .01; proficiency, F(1, 119) = 59.23, p < .01].

Conclusions
The results showed that students with mental retardation can learn multiplication facts through the use of the Multiplication Facts 0 to 81 program, and they can learn to solve the more advanced multiplication problems at a socially significant level, with mean scores above the 80% level in all cases.

Study 3
Overview
The purpose of this study was to determine the effects of teaching multiplication skills to diverse groups of students in inclusive general education classes. The students were second graders and included 99 normal achievers, 12 students with learning disabilities (LD), and one student with an emotional disability. Six general education teachers were trained to teach the Multiplication Facts 0 to 81 program to the diverse groups of students regularly enrolled in their classes. A multiple-baseline across-classes design was used.

Conclusions
This study shows that students with disabilities can be successfully taught multiplication skills with the Multiplication Facts 0 – 81 program while enrolled in inclusive general education classes. Their scores on learning sheets during instruction were comparable to the scores of normally achieving peers except when asked to read or write and solve word problems. Their rate of solving multiplication problems was higher than the rate of the normal achievers. Their posttest acquisition scores were somewhat lower than those of the normal achievers, which is probably due to their lower performance on the word problems on the test.

Study 4
Overview
A field test was conducted that involved 22 teachers and 109 elementary students who were experiencing difficulties learning math. This student group included 102 students with learning disabilities (LD), 5 students with emotional disabilities, and 2 students who were at-risk for school failure. The field test took place in seven school districts in both small-group (less than 7 students) and larger group (7 to 18 students) instructional arrangements. The teachers were trained to use programs in the Strategic Math Series. Different groups of students were taught addition facts, subtraction facts, multiplication facts, and division facts, depending on their needs. Three types of measures were gathered: student performance on a math-facts acquisition test (number of correct responses to multiplication problems); student performance on a word-problem test (number of correct responses to word problems); and student performance on a fluency test (number of correct digits per minute).

Results
The 52 students who received instruction in the Multiplication 0-81 program earned a mean score of 43% on the acquisition pretest and 91% on the posttest. They earned a mean score of 36% on the word-problem pretest and a mean score of 92% on the word-problem posttest. With regard to fluency, the students correctly produced an average of 5 digits per minute during the first abstract lesson and 14 digits per minute at the completion of the program. On the follow-up generalization measure, in which students were asked to apply the DRAW Strategy to multiplication problems that had not been taught in the program (e.g., 12 x 3), students earned a mean score of 96%. The generalization measure was administered 3 to 5 days after instruction ended by examiners unknown to the students in school locations other than their typical classroom. On the follow-up fluency measure, also administered 3 to 5 days after instruction ended in different locations, the students maintained their mean fluency rate of 14 correct digits per minute.

Study 5
Overview
Multiple field tests were conducted that involved 56 teachers and 248 elementary students who were experiencing difficulties learning math. These field tests took place in seven school districts in self-contained, resource, and general education classes. The teachers were trained to use programs in the Math Strategies Series. Different groups of students were taught addition facts, subtraction facts, multiplication facts, division facts, and place value concepts and skills, depending on their needs.

Results
Substantial gains were made by the students in all areas. See the figures below for the results in each math area. Figure 1 shows the results on untimed acquisition tests, and Figure 2 shows the results on timed proficiency tests (i.e., fluency tests). The number of students participating in each field test is shown beneath each pair of bars on the graph. The results for the Multiplication Facts 0 to 81 program are shown in the sixth pair of bar graphs on the right side in each figure. Students earned a mean score of 48% answers correct on the acquisition pretest and a mean score of 92% cottect on the posttest. They produced an average of 7 correct digits per minute in baseline and 16 digits correct per minute after instruction.

Conclusions
The programs in the Strategic Math Series produce significant gains in student performance on math acquisition and fluency tests across several areas of mathematics. In addition, these programs all produce socially significant final performances with students earning scores around or above the 90% level in all areas. 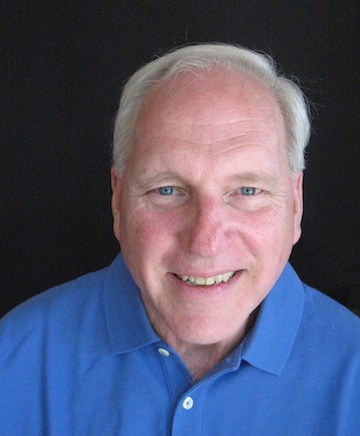 The Story Behind the Strategic Math Series
Many students with learning problems lack proficiency in basic number facts and are unable to acquire and maintain math facts at fluency levels. Given the problems that many students with learning problems exhibit with lower-level math skills and the importance of these skills to overall math achievement, the need existed for comprehensive programming to teach basic math facts. Susan Miller, one of my doctoral students at the University of Florida, also was interested in determining effective ways to teach mathematics. For her dissertation, we designed a study that involved the use of the Concrete-Representational-Abstract (CRA) teaching sequence to help students acquire an understanding of place value. Because the CRA sequence is appropriate for teaching the understanding of math throughout the span of math concepts, skills, and word problems, we conducted a series of studies and field tests related to teaching basic math facts using the CRA sequence with integrated strategy instruction, a graduated word problem sequence, math timings, and numerous Pig Dice Games for enjoyable practice. Due to the research results, the success and excitement of students in the program, and the enthusiasm of teachers using the CRA teaching sequence, Don Deshler and Jean Schumaker encouraged and supported the creation of the Strategic Math Series.

My Thoughts about the Strategic Math Series
The Strategic Math Series is based on research on effective teaching, learning strategies, memory, mastery learning, applied behavior analysis, generalization, and student motivation. Many students who have struggled with learning their basic math facts have used the program and now can understand, acquire, remember, and apply math concepts and skills. Students participating in the program manipulate concrete objects and create drawings to develop conceptual understanding, learn to use a learning strategy to solve problems abstractly, and participate in timings to develop fluency related to the basic math facts. Students also learn to create their own story problems, and they enjoy practice activities involving the Pig Games. All lessons include scripts to guide the teacher through the instructional components. The National Council of Teachers of Mathematics highlights the need for students to understand basic facts and operations. Failure to acquire mastery of math facts and to understand basic concepts in beginning math instruction contributes heavily to later learning problems because fluent recall of basic math facts makes it easier to solve more complex problems in which these basic operations are embedded. The Strategies Math Series is designed to help students develop fluency in basic math facts.

Teacher and Student Feedback on the Strategic Math Series
Teachers report that the math strategies instruction is easy to implement and that the students really understand addition, subtraction, place value, multiplication, and division when they finish the instructional lessons. Teachers who use comprehensive math programs indicate that the Strategic Math Series provides students with needed supplemental instruction and practice to be successful in math. During field testing for the development of the Strategic Math Series, teachers were overwhelmingly positive and indicated they would continue to use the program after the field tests were completed. Moreover, students involved the field testing also provided positive written feedback concerning the program.